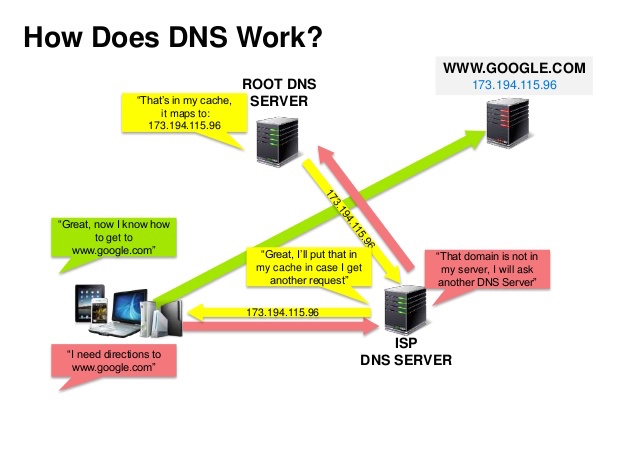 A Domain Name System (DNS) translates a domain name such as www.example.com to an IP address.

DNS is hierarchical, with a few authoritative servers at the top level. Your router or ISP provides information about which DNS server(s) to contact when doing a lookup. Lower level DNS servers cache mappings, which could become stale due to DNS propagation delays. DNS results can also be cached by your browser or OS for a certain period of time, determined by the time to live (TTL).

Services such as CloudFlare and Route 53 provide managed DNS services. Some DNS services can route traffic through various methods: