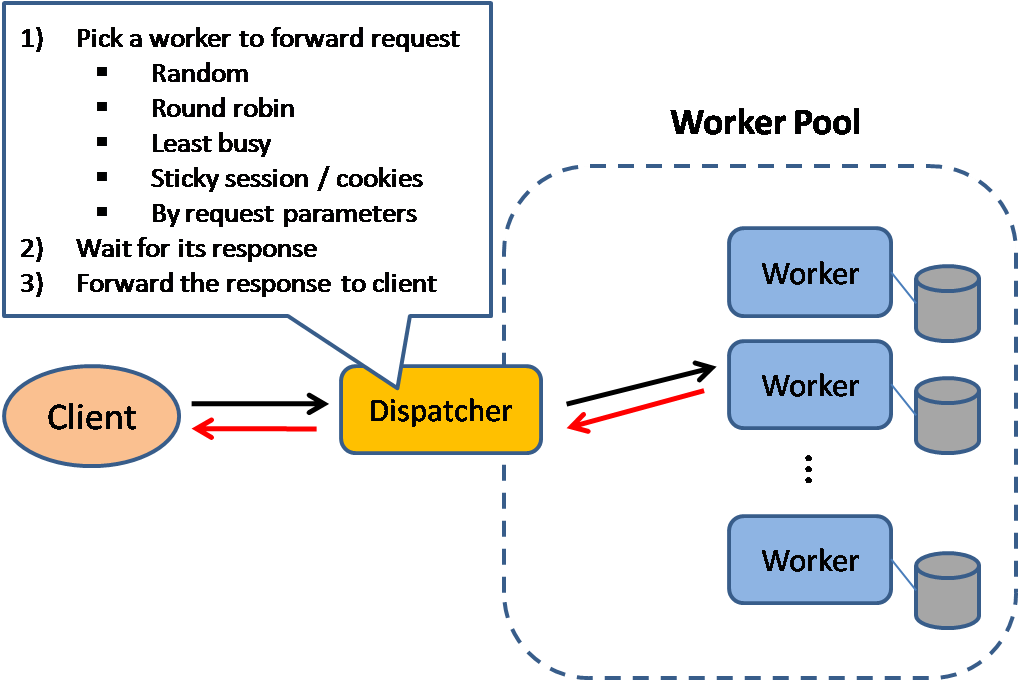 Load balancers can be implemented with hardware (expensive) or with software such as HAProxy.

To protect against failures, it’s common to set up multiple load balancers, either in active-passive or active-active mode.

Load balancers can route traffic based on various metrics, including:

Layer 4 load balancers look at info at the transport layer to decide how to distribute requests. Generally, this involves the source, destination IP addresses, and ports in the header, but not the contents of the packet. Layer 4 load balancers forward network packets to and from the upstream server, performing Network Address Translation (NAT).

At the cost of flexibility, layer 4 load balancing requires less time and computing resources than Layer 7, although the performance impact can be minimal on modern commodity hardware.

Load balancers can also help with horizontal scaling, improving performance and availability. Scaling out using commodity machines is more cost efficient and results in higher availability than scaling up a single server on more expensive hardware, called Vertical Scaling. It is also easier to hire for talent working on commodity hardware than it is for specialized enterprise systems.